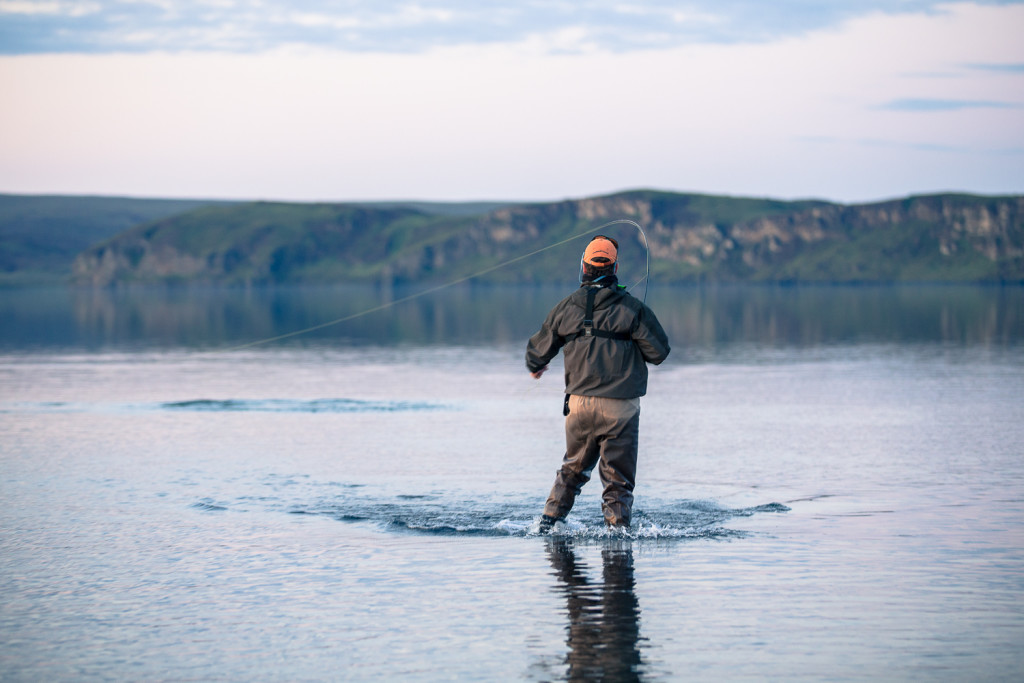 Ölfusvatnsárós is where the river Ölfusvatnsá runs in to Lake Þingvallavatn and reaches all the way to where Villingavatnsá river runs into the Lake. This is a long beach and fish can be along the whole beach but the best part is where Ölfusvatnsá runs in to the lake. There is also a good spot where the small Villingavatnsá river enters the lake. It can be good not to over fish certain spots and rest them by trying different parts of the beat. It is also wise not to wade to far out, the fish are often closer than you think. It only takes a few minutes to walk down to the Lake from the parking spot after driving down from the main road, along the river. It is not allowed to fish in the river.